Sprint Master is a Super Sprint-like racing game developed by Atari in 1988.

The game features a top view of the circuit and the first of the two players who runs on the track and reaches the required number of laps wins.

Occasionally a bonus will appear in the rut. Collecting these bonuses can increase the car’s pulling capacity or gain a temporary speed increase.

Other obstacles, such as oil slick, may also appear on the roadway resulting in the possibility of losing control and speed.

There are a total of nine different slopes with different difficulty levels and you can choose between asphalt, earth or ice. 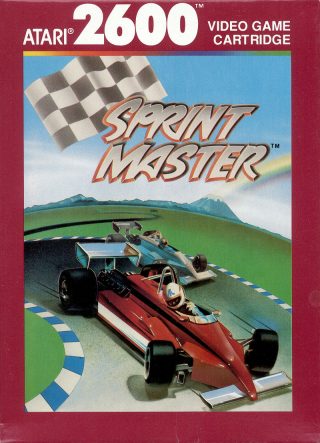