It was presented in October 1983, shortly after the release of Dragon’s Lair, then released in the spring of 1984. It features cinematic-quality animation.

The gameplay is similar, requiring the player to move the joystick in various directions or press the fire button at specific moments of the animated sequences in order to proceed with the hero’s actions.

Space Ace is made up of numerous individual scenes, which require the player to move the joystick in the correct and expected direction or press the fire button at the right time.

The player is given the opportunity to select skill levels and multiple paths through different scenes. At the start of the game you can select one of three skill levels (easy, medium and difficult).

A particularity is given by the fact that only by selecting the difficult level the player can view all the game sequences.

A number of scenes are multiple choice with the possibility to choose how to act (for example at the beginning of the game if the player presses the fire button at the right time, Dexter temporarily turns into Ace and can fight enemies, while if the player chooses to remain as Dexter the attacks with the robots must be avoided instead to avoid damage) 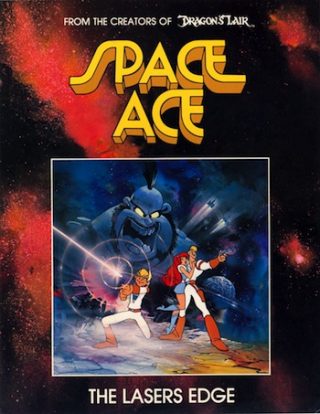 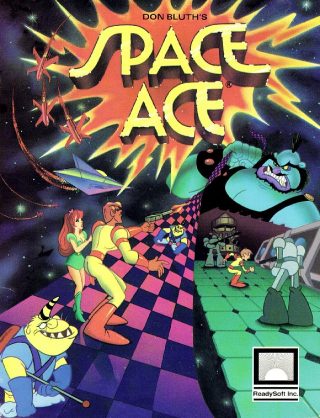 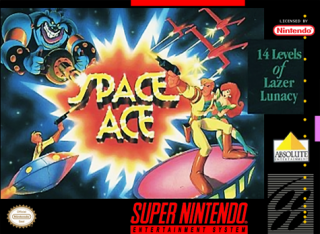 Previous Entries Airlock Next Entries Batman Beyond : Return Of The Joker

A ship infested with aliens is found floating near the outer-space training facility. Of course, onc ...