Nitemare 3D is a game developed by Gray Design Associates in 1994.

It is a horror-themed first person shooter and the sequel to the adventure game Hugo III: Jungle of Doom.

Hugo’s fiancée Penelope is kidnapped by the nefarious Dr. Hamerstein who intends to conduct terrifying experiments on her.

Hugo must explore the doctor’s mansion, face the wicked himself and save his better half.

However, its gameplay is somewhat slow and includes heavier puzzle solving.

The levels are labyrinthine and contain secret areas.

The first episode was released as shareware followed by two commercial episodes, for a total of thirty levels. 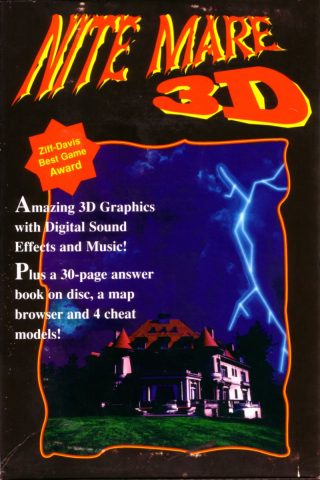 Companions of Xanth is a game developed by Legend Entertainment in 1993. It is an adaptation of P ...