It’s time again for the four warriors to gear up and head out on a new quest.

Their mission this time is to retrieve the Sacred Orb of Rendar that was stolen by the nefarious Morak. He has hidden the Orb along with many other treasures in his Five Worlds maze. He of course has his many minions guarding his ill gotten riches.

One or two players get to play as either the warrior Thor, the valkyrie Thyra, the wizard Merlin, or as the elf Questor. Each character has their own unique weapon and abilities.

They can also use a limited amount of screen clearing bombs that can be collected in the maze.

Also collectible in the maze are food items which restore some of their depleted health and treasure chests, wherein collecting enough treasure chests will give the player a permanent boost to their total amount of hit points.

Finding the exit is made difficult because of the various monsters continually spawning from the enemy generators, that only can stopped by being destroyed.

Other obstacles include locked doors which can only be opened with keys, paralyzing traps that grind movement to a halt, and teleporters that can warp the player from one side of the room to the other.

After every couple of floors, the player will be treated to a limited time in a treasure room.

The player has to collect as much treasure as they can before time runs out.

If they make it to the exit of the treasure room before time runs out, they will get an extra bonus of all their hit points getting refilled to the maximum.

Also of note, the player has to be on the lookout for secret exits on some of the floors.

These will take the player to one of the eight clue rooms. Once inside this room, the player must find a question mark tile and exit before time runs out.

This will result in the player getting a part of a vault combination.

Getting all parts of this combination is necessary as it will have to be entered in order to gain admittance to the 100th floor. 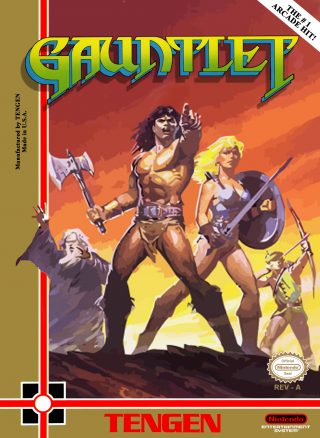 The existence of Earth, a planet of continents surrounded by deep oceans, has long become a mere leg ...