Gauntlet: Dark Legacy is a game developed by Midway in 2000.

It is the sequel to Gauntlet: Legends.

As in all Gauntlet games, the player plays a medieval fantasy character who, together with his allies, fights against hordes of evil creatures for gold and possible targets.

There are eight initially selectable characters: the mighty Warrior, the deadly Valkyrie, the fast-footed Archer, the mighty Wizard, the enchantress, the brave Knight, the brave Dwarf and the chaotic Jester.

Although there are similarities between the characters in the two games, each character looks and plays differently.

In addition, there are eight alternative ways to unlock characters plus dozens of secret characters to discover. Up to four players can play, with rules that determine how much they can injure each other.

Unlike the original Gauntlets, the levels that face each other take place in various terrains, from forests to mountains to volcanic plains.

Many of the monsters are familiar to old fans of the series, but there are news in the ranks of evil, including some rather large enemies.

Unlike Gauntlet’s early arcade games, the camera angle varies from position to position.

Lands, creatures and heroes are all in 3D.

While the graphics have been updated, the gameplay is very similar. Practically you run in the various levels, fighting an unlimited number of armies of monsters, looking for gold, keys and food, as well as a way out.

Bosses and other events slow down the repetitive nature of the original levels. 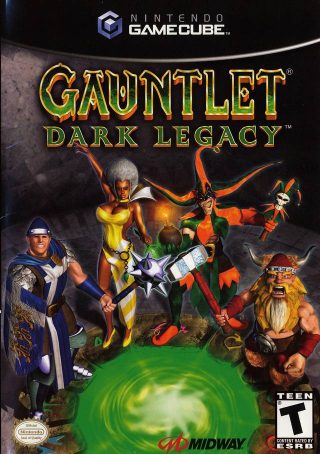