Galactic Protector is a shoot-’em-up game developed and distributed by Sega in 1988.

The spacecraft resembles that of the Fantasy Zone series and the aim of the game is to protect three planets from space debris using them by destroying them with the laser built into the spacecraft itself. If there is not enough speed to destroy them, the debris will end up hitting the ship managed by the player.

If this happens 10% of the planet’s life will be lost.

Once a sufficient amount of debris has been destroyed, the player receives a bonus for the amount of life left on the planet and moves on to the next turn.

Later in the game there is the possibility of receiving a 3-way shot and a protection that will be very useful in subsequent turns.

The game ends when you lose all your lives or the planet explodes. 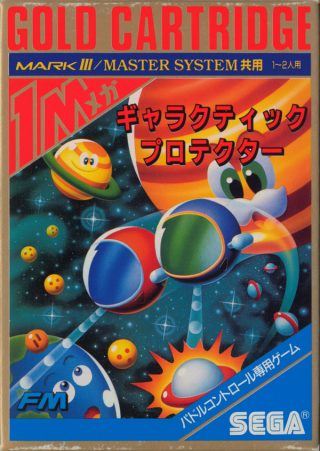 You have been sent into a building infested with robots, and must do your best to clear it out. E ...