Future Wars: Adventures In Time is a game developed by Delphine Software in 1989.

In the year 1989, a simple window cleaner works outside a skyscraper.

With the intention of making a joke on his angry boss, the improbable hero discovers a secret passage that leads to a time machine along with mysterious alien documents.

The operation of the device transports the protagonist to the year 1304, where he receives an apparently ordinary task (that of saving a woman in danger).

However, he soon discovers a far more serious threat than a global alien invasion.

The hero must travel to the future until the 44th century and finally to the remote past to the Cretaceous period to thwart their plans.

Future Wars is a graphical adventure game and the first to use the point and click interface of Delphine, the owner of Cinematique.

After choosing one of the six commands, the player points the mouse to the desired target and performs the action with a left click.

Small objects are depicted by enlarged images once they have been discovered. However, many of these are well hidden and often require precise positioning by the character in order to discover them.

The game has a linear advancement in the story, and it’s possible to die or get stuck irrevocably by failing to locate a crucial object. 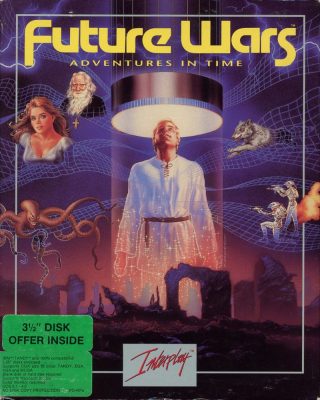 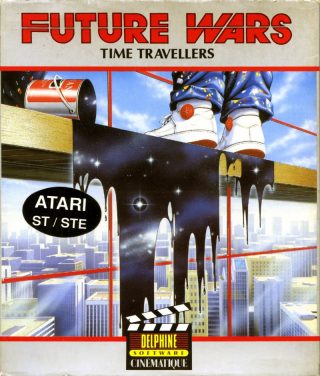 Bureaucracy is an interactive video game published by Infocom in 1987, written by science fiction au ...