Forbidden Forest is a game produced in 1983 by Cosmi.

The player controls an archer, armed with a bow and four arrows that can be used in each level.

The goal is to move through a forest by meeting and trying to eliminate various types of monsters (giant spiders, bees, mutant frogs, dragons, magicians and snakes).

The final enemy is the Demogorgon.

The making of the monsters was inspired by the films Night Of The Demon, Jason And The Argonauts and Mysterious Island

The player has the option to select four difficulty levels that basically influence the number and speed of the monsters. 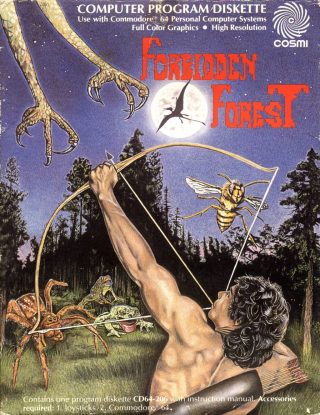