Originally released in the arcades as a laserdisc game, Dragon’s Lair is an interactive cartoon movie.

Players control Dirk the Daring as he struggles his way through a dungeon to fight Singe, the Dragon, and rescue the beautiful Princess Daphne.

The game consists of animated scenes, during which the player has to press direction buttons or the sword button in the right moment to trigger the next segment of the movie. 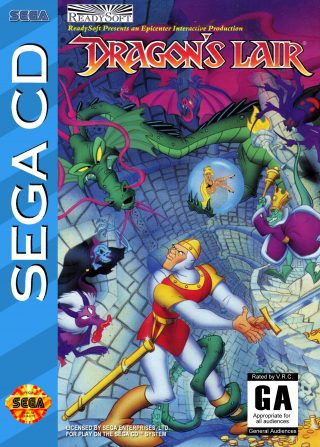