Deadlock: Planetary Conquest is a game developed by Accolade in 1996.

It is a 2D turn-based strategy game.

Players take on the role of aliens trapped on a planet.

The game features seven different races with special abilities (the Maug are great scientists, the ChCh-T have the highest birth rate).

Shifts are used for construction, expansion and finally for wars.

The surface of the planet is divided into smaller areas. Each area must be built.

To colonize a new area, the player must build a colonizer.

Resident satisfaction is important since dissatisfied citizens can protest and not work.

The game has an espionage mechanic to allow you to steal technologies. 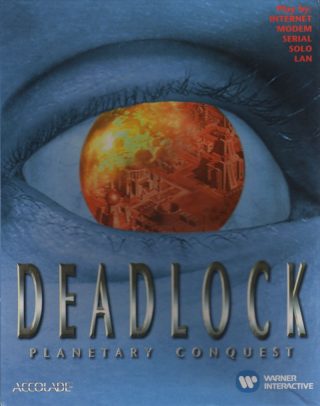