Sega CD game is a side-scrolling action title that makes use of digitized backgrounds, digitized actors/objects, voice briefings before each level and full motion video cutscenes from the film.

The top of the screen is taken up by a stylish display showing the player’s score, health bar and the health bar of the enemy boss of the level (should there be one).

Players, controlling Jonathan Harker can move left and right on the screen, jump in the air, perform a high kick and rapidly punch.

Using these skills, Jonathan must defeat all manner of enemies including bats, zombies, vampires.

Powerups can be found at various points, usually descending from the top of the screen.

These include: an invulnerability powerup which also instantly kills enemies, a health restore powerup. 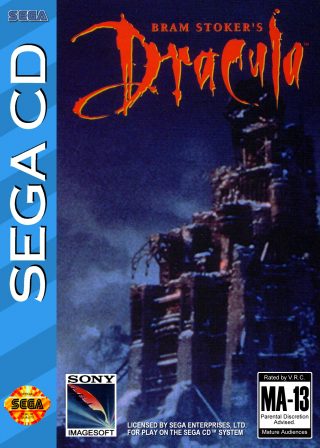 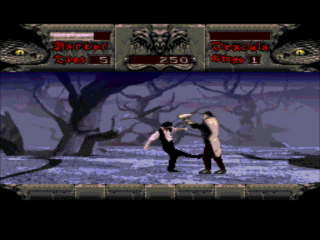 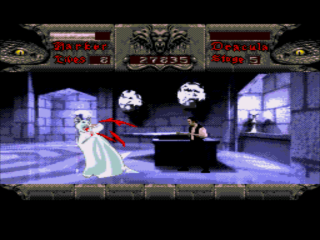 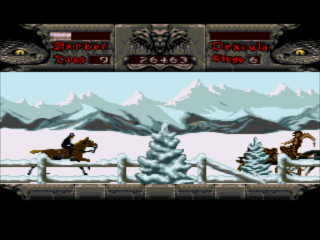