Beyond Good & Evil takes place in the year 2435 on the mining planet of Hillys, located in Sector Four, a remote section of the galaxy.

Architecture of the city around which the game takes place was designed with a rustic European style.

World itself combines modern elements, such as e-mail and credit cards, with those of science fiction and fantasy, such as spaceships and anthropomorphic animals coexisting with humans.

The once-peaceful planet is under siege by aliens called the DomZ that abduct beings and either drain their life force for power or implant them with spores to convert them into slaves.

However, the Alpha Sections seem unable to stop the DomZ despite their public assurances.

An underground resistance movement, the IRIS Network, fights the Alpha Sections, believing them to be in league with the DomZ 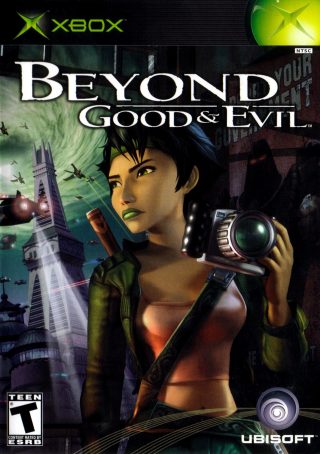