The millionaire playboy caveman Millstone Rockafella has organized a BC bike race, the winner of which will receive the Ultimate Boulderdash Bike.

Six groups of riders from all around the prehistoric world will use their rock-powered sidecars to compete for this prize.

Each of the settings has eight different circuits, making a total of 32 circuits in the game.

There are also eight themes, from desert wastes to active volcanoes and massive jungles.

The tracks need four laps to complete, and feature many special elements specific to the circuit’s setting. Unusually for a game of this type, there are no power ups, except for a turbo that the bikes can trigger every few seconds.

Both of the bikes’ riders can use physical attacks to injure other drivers. If the bike gets beaten enough, it crashes out, giving the player extra points. The same thing can happen to the player’s bike.

Some ports of the game include a split-screen two player mode. The Sega CD version instead has a two-player cooperative mode (one of the players controls the driver, while the other controls the fighting, steering and turbo). 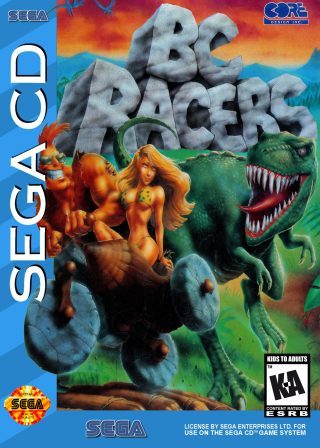 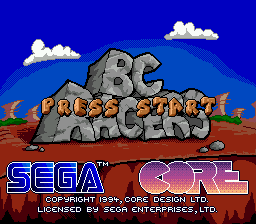 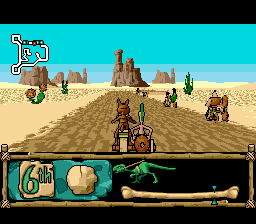 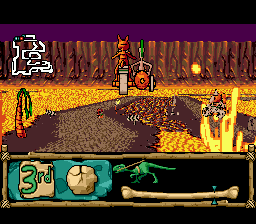 Guide a team of up to six soldiers through 72 levels of combat in this top-down action/strategy hybr ...