Battlecorps is a giant-mech game that takes place on a mining planet known as Mandlebrot’s World.

The colony supercomputer has been infected with a virus, and now the planet’s giant machines are turning against the people who created them.

You must pilot your bipedal attack machine through 12 missions to reboot the computer.

The graphics in this game use scaled and rotated sprites to achieve a 3D environment.

The effect is similar to other Core Design games for the Sega CD. 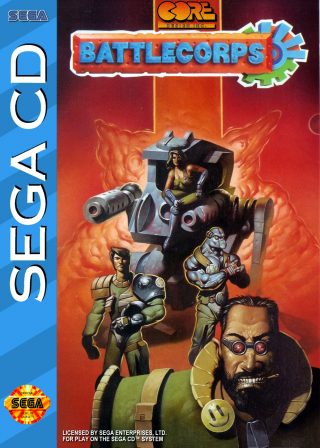 Previous Entries A Nightmare On Elm Street - Nintendo Nes Next Entries Flashback: The Quest for Identity

Game created and published in 1984 by Anirog Software. House of Usher is a single screen platform ...