Bandit Kings of Ancient China is a game developed by KOEI in 1989.

The Song Dynasty ends and Gao Qiu becomes the new ruler. The player plays the role of an exiled ruler with the aim of improving his stats in order to be able to challenge and destroy Gao Qiu and bring Hui Zhong back to the throne.

The typology of the game is of military strategy, like most of Koei’s games, but instead of conquering a country the goal is to depose the despotic ruler of China.

We start in small steps and we must make our way by conquering smaller prefectures, forming alliances and fighting small battles. 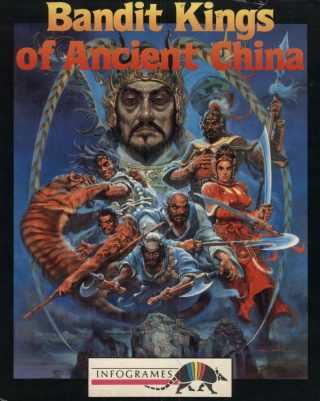