The emphasis in this game, like most kart games, is on making use of pick-up items found around the track to knock out your opponents.

There is only one game mode, a points based cup series.

There are four difficulty levels, each with 3 cups to race for. After completing all the cups for a difficulty level, you get to challenge a “boss” kart in a single race match.

If you beat the boss, he becomes a playable character.

The various cup races can be played in either single player or two player split screen modes. 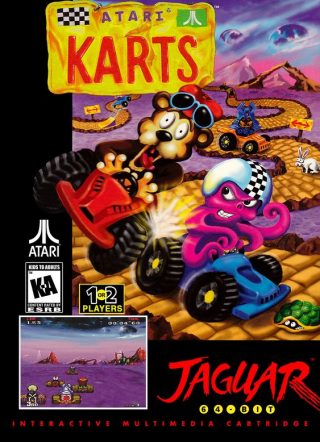