The game is based on the popular French comics series Astérix.

It is 50 B.C., and the entire Gaul is conquered by the Romans.

Only one village still remains independent, thanks to the incredible powers of its two great warriors, Asterix and Obelix.

In the game, they must first of all liberate the village Orvio and rescue their friend Dogmatix.

The player can play as either Asterix or Obelix.

They make their way through platform levels, fighting enemies by punching them, and jumping to access higher ares or to avoid falling down. 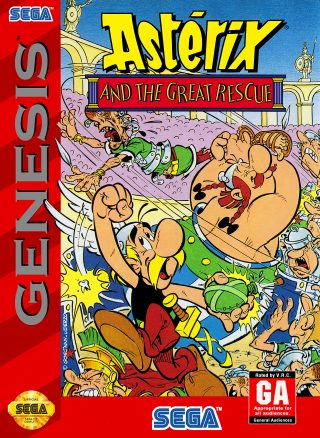 Previous Entries Adventures of Beetlejuice : Skeletons in the Closet Next Entries Companions of Xanth