The player controls a female spaceship pilot who is sent on a mission into deep space to save the Earth from an assault by an evil dragon from another galaxy.

Moving vertically or horizontally, players must avoid or kill the enemies and make it to the end of the level alive where a boss battle awaits.

During gameplay, the player can switch at any time between two modes: normal spaceship and flying robot.

While the spaceship can fire destructive lasers for major damage, the robot can raise a shield that will protect from enemy attacks for some time and instantly kill anything that touches it.

The Arrow Flash attacks can be charged by holding a button for several seconds, or collect icons during your flight to release it quickly afterwards. 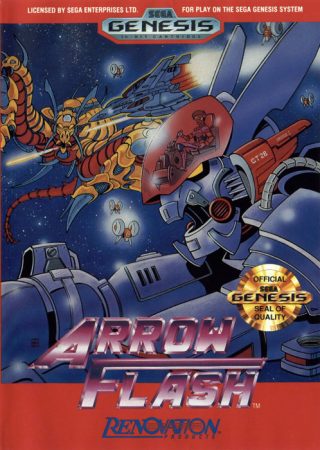 Game developed and distributed by Lankhor in 1993 It is the adaptation for Amiga, Atari ST and PC ...