In Aquaman: Battle for Atlantis the player takes the role of the DC superhero Aquaman who has to defend Atlantis from his archenemy Black Manta.

The story is told in comic-style cutscenes.

During the course of the game Aquaman has to solve 21 missions which mostly involve swimming to a certain place and beating up all enemies.

When he engages in combat the camera zooms out and the player presses button combinations to perform standard attacks or combos.

Aquaman’s cybernetic morphing hook-hand and his telepathic power can be used, too.

In some sequences the game switches to a first-person perspectives and Aquaman controls a submarine to attack enemies.

The player can unlock the possibility to play as Classic Aquaman, Tempest or Black Manta. 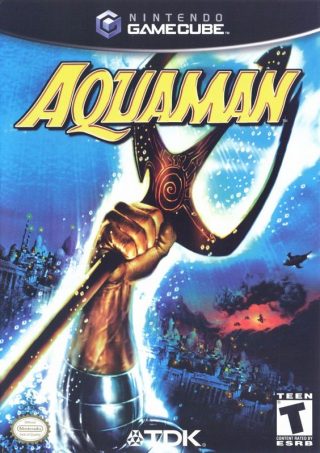 Phantasmagoria is a point and click horror adventure designed by Roberta Williams for MS-DOS and Mic ...