An alien crashed on Earth and to get back to his planet he must find the four pieces of his spacecraft.

Go into the several rooms and press the button.

Hopefully, a piece of the ship will show on a corner of the screen. Pick it up and repeat the procedure until you can go back home.

Beware of the guardians, though, as they would follow you to trap you.

The European version of the game was released with the title UFI und sein gefährlicher Einsatz, also known as E.T. Go Come. 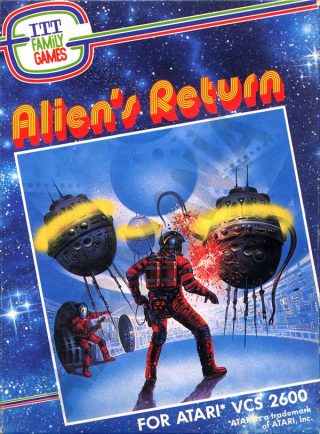