Aidyn Chronicles is a game developed by H2O Entertainment in 2000.

Follows the story of Alaron, poisoned by mysterious leprechauns while on patrol in the kingdom of King Loyd.

Without ordinary treatment for his illness, Alaron must embark on a journey with a selection of companions in search of the antidote. Alaron does not know that the journey is even more dangerous than previously thought, with a mysterious evil force lying in wait.

In this 3D fantasy role-playing game you have to complete a series of missions through the use of objects and magic, following a non-linear plot.

The game has two different modes: exploration and combat. Alaron freely explores the world in which he finds himself, discovers particular places and has conversations with the inhabitants. There are no random encounters, but if it encounters an enemy the game switches to the combat screen.

The combat is turn-based but not as commonly understood in role-playing games for consoles: during its turn, a character can be moved in real time in a circular way and the characters constantly move towards each other. When two rings intersect, the characters can launch a regular or magical attack. 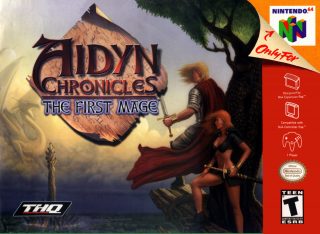