Besides extra levels, a few new enemies, a few touches at the soundtrack and more disposable missiles, the biggest addition is the ability to slow down or speed up manually.

The rest of the gameplay remains identical.

Despite being called After Burner, most ports to home computers and consoles are based on this version. 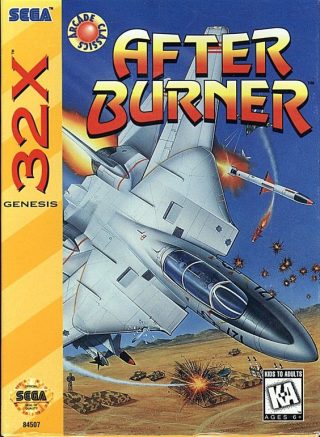 The lovely princess Lala was kidnapped by the Evil Demons of the Empire. You are Lolo, a round ba ...