Adventures of Beetlejuice: Skeletons in the Closet is a game developed by Hi-Tech Expressions, Inc. in 1990.

It is such a bizarre game when popular around that time.

It is basically an action game in which you play the role of Beetlejuice and in which you need to eliminate various types of skeletons using the weapons available.

Furthermore, after hitting a skeleton, her friend Lidia must collect the remains with a vacuum cleaner; however if a skeleton finds Lidia, she is imprisoned in a cage and it becomes necessary to free her by hitting another skeleton and taking a “flash bonus” from her remains.

Another particular enemy is the worm that occasionally comes out of the playground and, if it manages to hit the character, kills it. 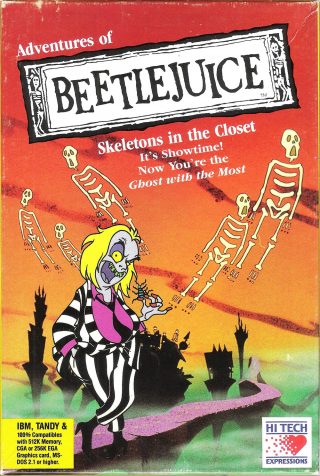