Advanced Dungeons & Dragons: Heroes of the Lance is a video game made in 1988.

Heroes of the Lance is a side scrolling action game.

The game uses real Dungeons & Dragons stats, with information about the characters exactly as shown in the original rule books.

Eight heroes from the Dragonlance novel series must be gathered for the adventure and only one is visible on the screen; the moment a hero on the screen dies, the next appears.

While Heroes of the Lance is a faithful representation of the books on which it is based, at the same time it deviated from the usual role-playing video game style of the Dungeons & Dragons series, with an interface that consists of using one character at a time, in horizontal scrolling combat.

Each character has different types of attacks and spells that make them more suitable for fighting various types of enemies, but they simply act as “lives” for the player as in the more traditional fighting games, replacing one of the main role-playing strategies in the game . 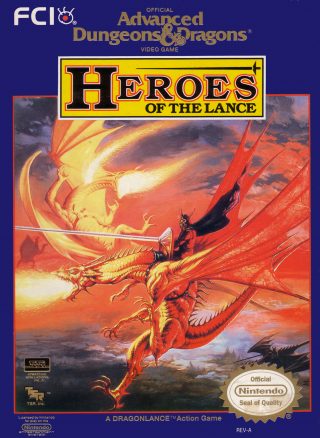 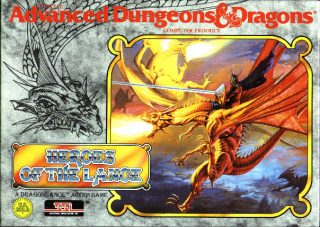