It is a side-scrolling action/adventure game where the lead character can attack with a sword of somewhat limited reach.

However, that is not the most powerful tool at his disposal – Orin also has his trusty falcon that he can send around the room to attack enemies or trigger remote switches.

In single-player mode, the player controls both the falconer and the falcon.

However, the game also offers a cooperative mode where the first player controls Orin and the second player controls his falcon in a mode which offers greater flight capability. 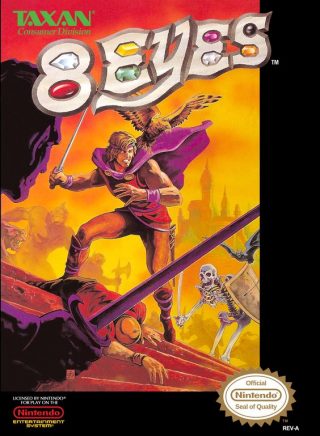 Long time ago, an evil sorceress Castomira decided to conquer the world. But a good princess revolte ...